« Michael Jackson’s zodiac sign reveals fears
What is your purpose in life? » 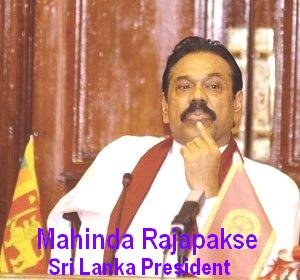 Don Zodiac Guille, chairman  of World Wide Parapsychological Association says, “If the Sri Lanka leader is a Sagitarian. I know about his generosity but also his bad temper when he gets angry…I feel that Chandrasiri will be free as soon as his Excellency reads my e-mail, I am an ordinary astrologer but I know the suffering to stay in prison…”, Dorys Dodier reports in Don Zodiac Guille’s website.

Earlier, BBC News reports Chandrasiri Bandara  predicted that Sri Lanka President Mahinda Rajapaksa will be ejected from office in the next few months. Bandara told an opposition meeting that the prime minister would take over as president on 9 September and the opposition leader would become prime minister.

Bandara is one of the most popular astrologers in Sri Lanka. He also hosts a weekly television show and writes controversial political columns for a pro-opposition newspaper. The opposition have condemned the astrologer’s arrest and warned that the country is heading towards a dictatorship.

Astrologer Don Zodiac Guille has recently predicted the civil-military rejection for President Manuel Zelaya in Honduras, but he also added that the President will return to power in the future.